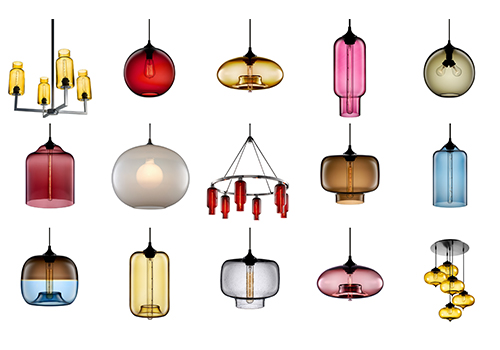 In film, the background light is usually of lower intensity. More than one light could be used to light uniformly a background or alternatively to highlight points of interest.

In video and television, the background light is usually of similar intensity to the key light because video cameras are less capable of handling high-contrast ratios. In order to provide much needed separation between subject and background, the background light will have a color filter, blue for example, which will make the foreground pop up.

A black light, also referred to as a UV-A light, Wood's lamp, or simply ultraviolet light, is a lamp that emits long wave (UV-A) ultraviolet light and not much visible light. The lamp has a violet filter material, either on the bulb or in a separate glass filter in the lamp housing, which blocks most visible light and allows through UV, so the lamp has a dim violet glow when operating. Black light bulbs which have this filter have a lighting industry designation that includes the letters "BLB".

A second type of bulb which is also called a black light produces ultraviolet but does not have the filter material, so it produces more visible light and has a blue color when operating. These are made for use in "bug zapper" insect traps and are identified by the industry designation "BL".

Black light sources may be specially designed fluorescent lamps, mercury vapor lamps, light-emitting diodes, or incandescent lamps. In medicine, forensics, and some other scientific fields, such a light source is referred to as a Wood's lamp (named after Robert Williams Wood).

Although many other types of lamp emit ultraviolet light with visible light, black lights are essential when UV-A light without visible light is needed, particularly in observing fluorescence, the colored glow that many substances emit when exposed to UV. Black lights are employed for decorative and artistic lighting effects, diagnostic and therapeutic uses in medicine, the detection of substances tagged with fluorescent dyes, rock-hunting, the detection of counterfeit money, the curing of plastic resins and attracting insects. Strong sources of long-wave ultraviolet light are used in tanning beds. Although the low power UV-A emitted by black lights is not a hazard to skin or eyes and can be viewed without protection, powerful ultraviolet sources present dangers and require personal protective equipment such as goggles and gloves.